While we’re loath to judge anyone based solely on their dietary preferences and wouldn’t think less of someone if they claimed that they weren’t particularly fond of grits, we have to admit that Jaycee Ford has a valid point.

After all, there really isn’t all that much to dislike about grits, is there? They’ve been part and parcel of Southern cuisine since time immemorial and are part of a long-established American breakfast tradition. Whatever you’re having for breakfast, you always have a side of grits with it. 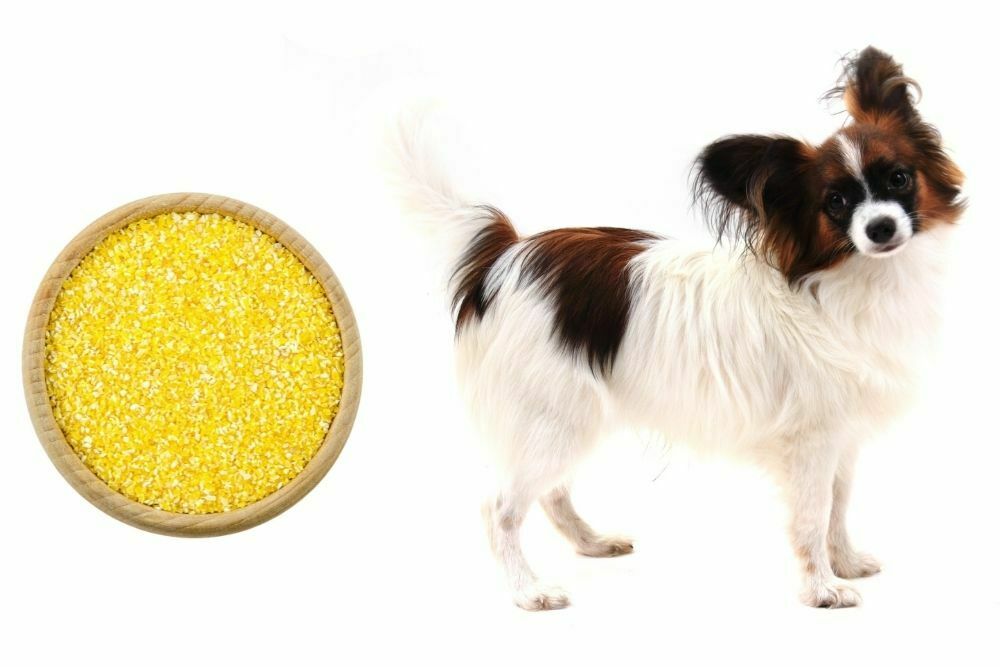 And as any Southerner with a faithful hound will happily tell you, as soon as the grits hit the breakfast table, their dogs will be sat next to them, gazing up with eager expectation, waiting for their share of that morning’s grits.

This, given what grits are made from and how they’re made, seems a little strange, as most people would automatically assume that it would be the smell of bacon or sausage links that would drive a dog into a morning meal frenzy, but no, most Southern canines seem more determined to lay their fangs on grits than pork patties.

This leads us to the inevitable question: Is it okay for dogs to lust after grits? Can they eat them? Are grits good, or are they bad, for dogs?

We keep taking it for granted that everyone automatically knows what grits are and that they, like us, have been eating them since they were knee-high.

It’s one of the pitfalls of being raised in the South, we just assume that everyone has always had grits in their lives. So, let’s talk about grits and what they actually are.

When you break them down to their most basic ingredients, grits are just a simple porridge that’s made from cornmeal and water, which is then flavored by whoever is making them according to individual taste,

According to the historical record, the native tribes showed the original settlers how to make grits, which means that they’ve been part of American culture for somewhere in the region of four hundred years, and while we wish we could say that was the reason why dogs seem to lose their minds around grits, it isn’t.

It’s almost entirely due to the smell of cornmeal and whatever else is added to them to give them their distinct and always incredibly personal kick.

It’s an open-ended question that always begins with yes and ends with but. Yes, they can because they’re made from cornmeal and water, but they might make a dog ill if the dog in question has an allergy to corn (which some dogs do) or if some of the additional ingredients that a chef or cook adds aren’t exactly conducive to canine digestion.

The main issue with grits is that they’re made from simple cornmeal and water. For the most part, they’re all filler and no killer until you put your own twist on them. They’re designed to fill you up with empty calories and plug a hunger hole without letting you pile on too many pounds.

The primary ingredient is, at the end of the day, the same as one of the often-used bulking agents that a lot of dog food brands put in kibble, so if you do feed them to your dog, you’re just giving him something that he’d already used to eating as part of his daily diet.

Grits And Dogs – The Problems

Plain grits aren’t, as we’ve already discussed, problematic for dogs unless they have a corn allergy, the canine grit issues start to rear their ugly heads when people start adding things to their grits and then feed them to their dogs.

The most notable of these is the addition of salt, which, while usually added during the cooking process, isn’t bad for (although too much of it, if eaten over a prolonged period, can pose its own unique set of problems) us, can be devastatingly bad for dogs and result in them becoming dehydrated and then drinking too much water to try and compensate.

Over time, this cycle can result in a dog developing kidney and liver problems.

Then there are the other Southern favorites that no one seems to talk about until they pop up on a diner’s menu, cheese grits and fried grits.

Dogs, like people, can be lactose intolerant, and if they accidentally consume any dairy products, which they will if they end up eating cheese grits, the result is likely to be less than pretty.

It’ll usually involve a lot of diarrhea and vomiting, and there’ll only be one person who will have to clean both up, and that person will invariably be you if you want to avoid the unpleasantness that it’ll involve for both you and your dog, it’s best to make sure that your hound steers well clear of cheese grits.

And then there are fried grits, which usually entails waiting until they’ve dried, cut the grits into slices, and frying them in a pan.

It isn’t the grits that’ll make a dog’s tummy do flip flops and somersaults if he eats them when they’ve been fried. The oils and butter they’re fried in will supply him with a one-way ticket to vomit town.

If you want to avoid making your dog ill and cleaning up after him, then make sure you’re never tempted to feed him fried grits.

The Final Word On Grits And Dogs

Can dogs eat grits? They can indeed, but if you want to avoid any unnecessary dietary distress or problems, the only grits you’ll ever be able to feed your dog are the good, old-fashioned plain variety that has been made in the South since the first colonists arrived in Virginia.